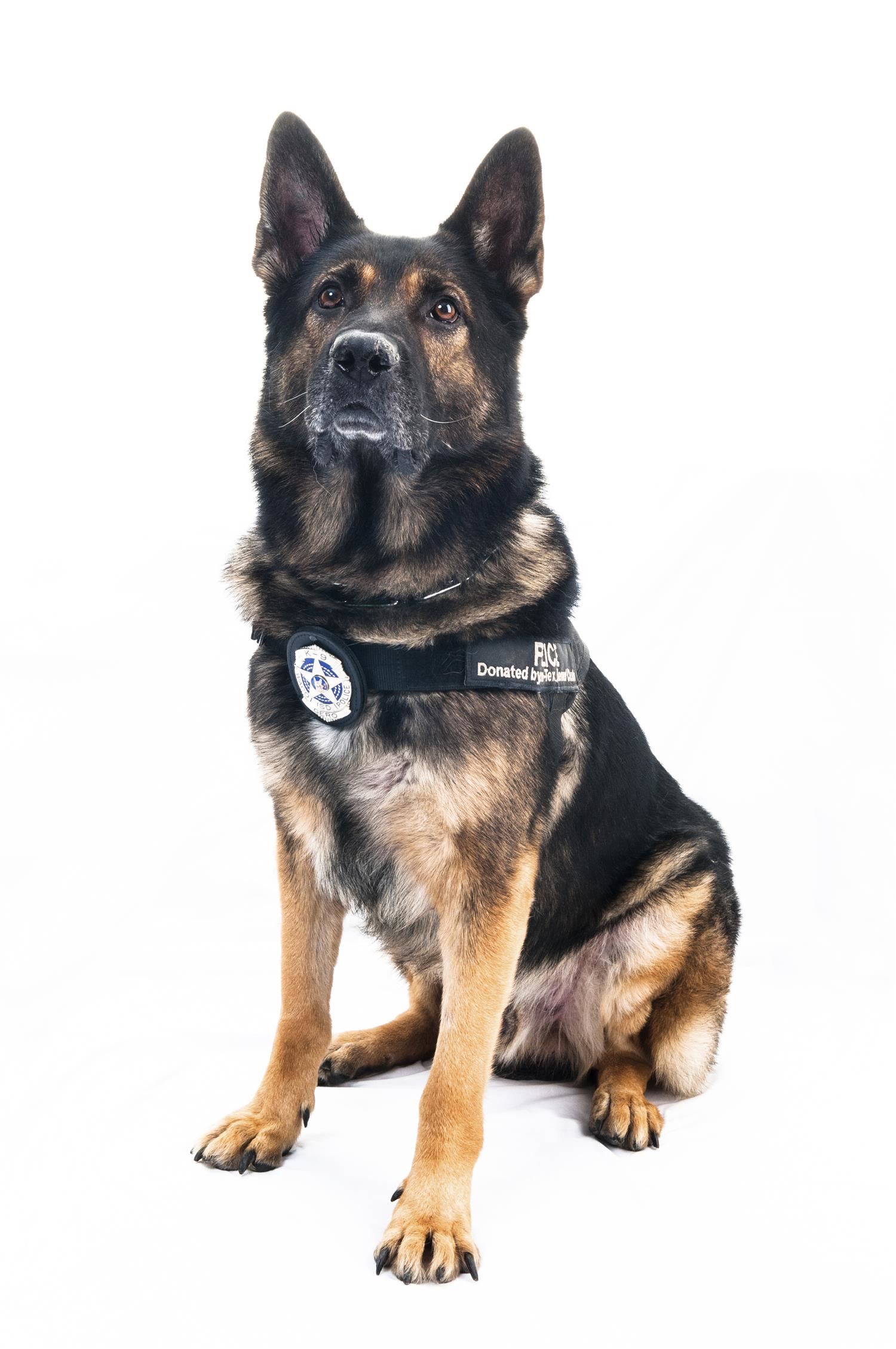 In May, Waco ISD honored 17 employees as they retired from public education with a combined total of 535 years of service. At Thursday's regular meeting of the board of trustees, the district will recognize one additional member of the Waco ISD family for his years of service to the district and well-earned retirement.

Thanks to a grant from K9s4COPs in 2015, Lt. Jeff Freeman with the Waco ISD Police Department was able to attend the AMK9 Academy in Anniston, Alabama. There he met, selected, and spent six weeks in training with Gero, a German Shepherd from the Netherlands.

Gero, who is now 9 and a half years old and whose name means “spear,” received his initial training in narcotics detection and personal protection from the United States military. Following that training, he spent five years in and around Afghanistan, working with the U.S. military, primarily in narcotics detection.

While at the K-9 academy together, Lt. Freeman and Gero trained and were evaluated in narcotics detection, obedience, article searches and tracking by the North American Police Working Dog Association.

During their four years and three months together with the Waco ISD Police Department, Lt. Freeman and Gero have provided presentations across Waco ISD and in other schools in the surrounding area, in addition to their normal calls for service.

When not at work, Gero enjoys playing with his KONG dog toy, and his favorite treat is bacon. Following his retirement, Gero plans on relaxing at home with the Freeman family and enjoying some well-deserved play time.

When asked for a favorite memory with Gero, Lt. Freeman recounted a story with Gero’s former friend - the family’s goat, Gwendolyn. Gero and Gwendolyn enjoyed playing tag with each other in the family's backyard -- taking turns chasing each other before tiring out, laying together to rest up, and then starting the game up again for another round.

The students and staff of Waco ISD would like to thank Gero for his years of service to both the district and country and wish him all the best in his years of retirement.